Overdosing on Serotonin: What to Know About Serotonin Toxicity 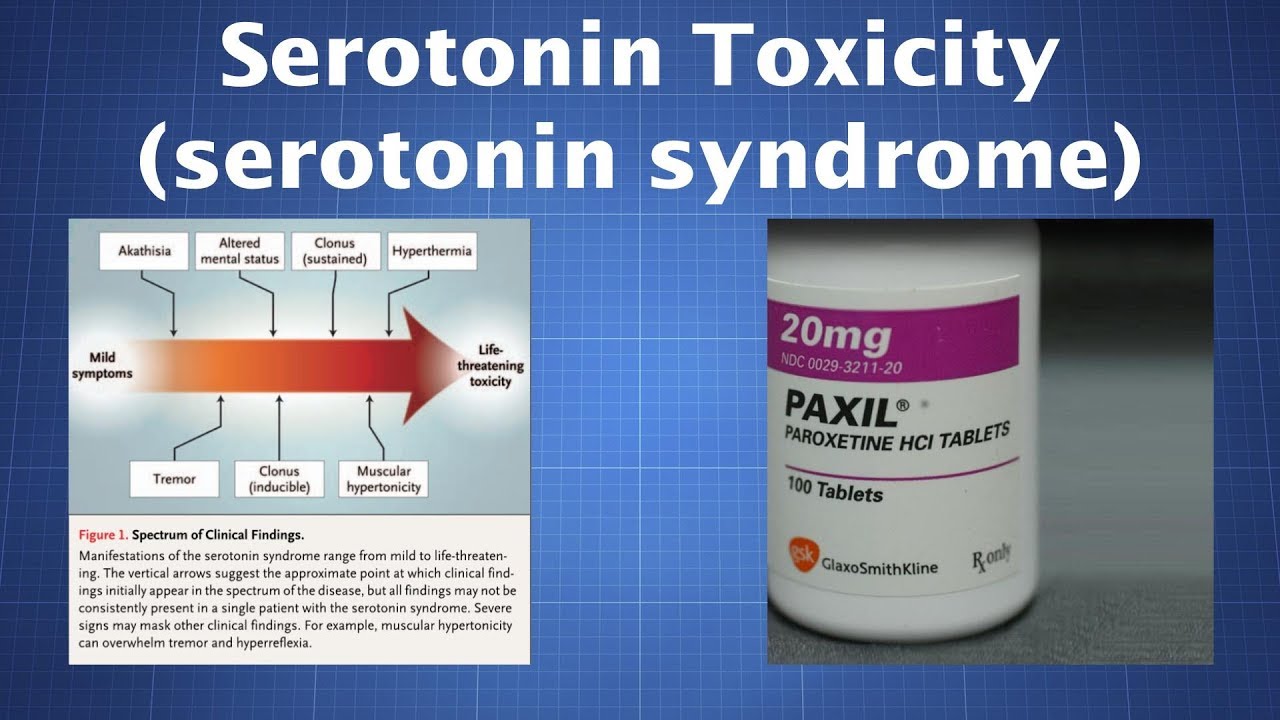 Serotonin toxicity (ST) (aka serotonin syndrome) is a cluster of symptoms that develops with very high serotonin levels or serotonergic activity from direct agonists at certain serotonin receptors. It is most often seen with a combination of drugs, such as a monoamine oxidase inhibitor (MAOI) with a serotonin reuptake inhibitor (SRI), but it can also occur with a single drug, usually when a substantial overdose is used.

The effects of overly high serotonin exist on a spectrum. The mildest cases often won’t meet the diagnostic criteria for serotonin toxicity even though the observed symptoms are technically the result of high serotonin. This means a threshold of sorts must be crossed for serotonin toxicity to be diagnosed. Classically the condition has been defined as including symptoms from three categories: neuromuscular (arguably the most important), autonomic, and mental.

It may be underdiagnosed and frequently misdiagnosed. With proper treatment the chance of death or lasting harm is very low.

Donate to The Drug Classroom:

41 Responses to "Overdosing on Serotonin: What to Know About Serotonin Toxicity"