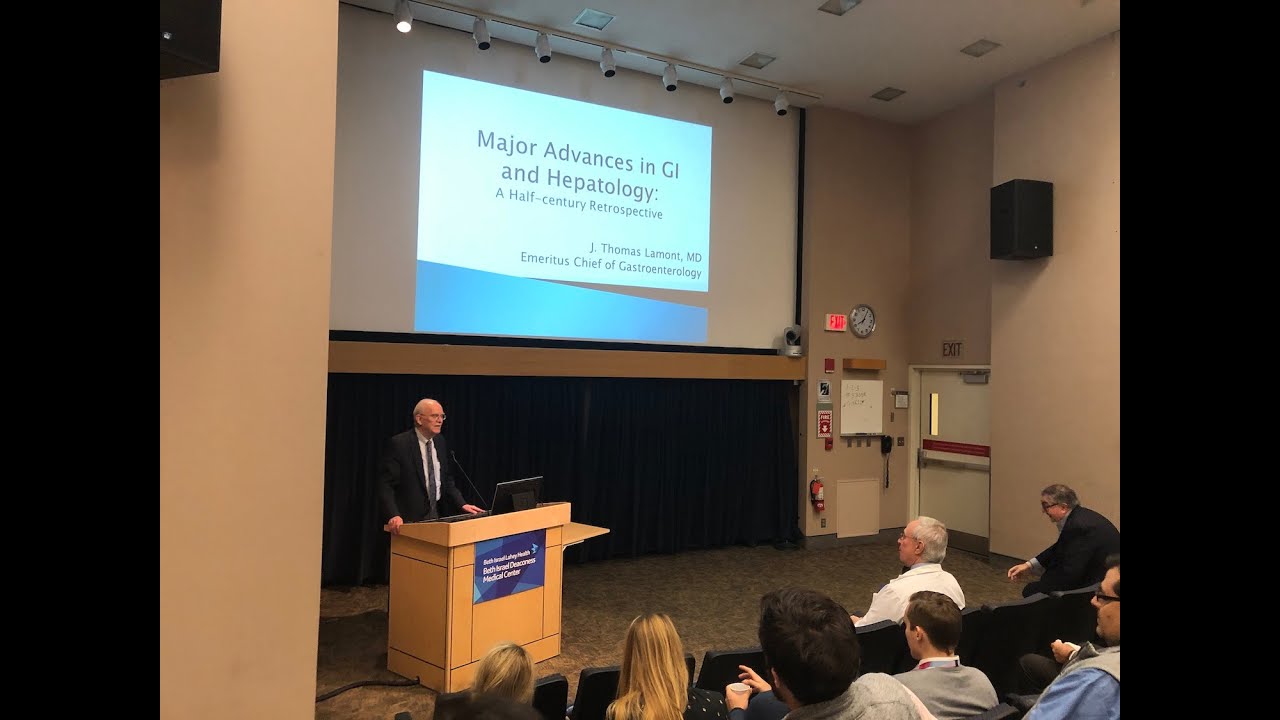 Introduction by Nezam H. Afdhal, MD:
The Zetzel Visiting professor lecturer this year is Professor Thomas Lamont, who is, as you all know, the Emeritus Chief of Gastroenterology at BIDMC. Tom started his career at UCLA, where he did his residency, and then has the dubious distinction of having worked at every teaching hospital in the Boston area, except Tufts.

After his fellowship at MGH was on the Faculty at Harvard Medical School until 1980, when he became the chief of GI at Boston Medical Center. He then came to BIDMC to be the Chief of Gastroenterology in 1996. His career has spanned major achievements in all areas of gastroenterology. Many of you don’t know this, but he was one of the first people who worked out how gall stones developed in the gallbladder.

He published a paper that was the cover of Nature that illustrated why the stomach does not digest itself due to the interactions of mucins and the effect of acid on the mucin structure within the stomach. At BIDMC he and his research team worked on the mechanism of action of the toxins for C. difficile. These are just some of his scientific advances. He is a clinician, still sees patients today, and is a well sought after teacher, and has educated innumerable fellows and faculty. He’s been a mentor to many. He’s been a great friend to the GI division here at BIDMC. His lecture this morning is going to be a look back at what has happened in the 50 years of Tom’s career in gastroenterology.