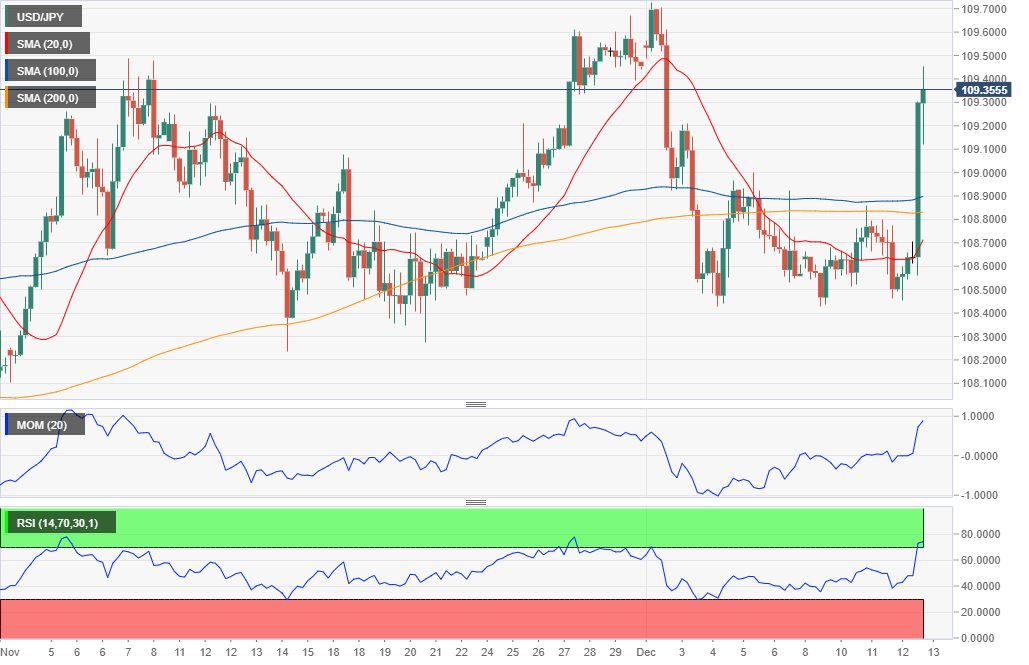 The Japanese Yen was the biggest loser this Wednesday, as USD/JPY soared to 109.44, its highest in over a week, as encouraging news related to the US-China trade war spurred risk-appetite. Wall Street rallied to record highs, dragging the pair alongside, after US President Trump tweeted: “Getting VERY close to a BIG DEAL with China. They want it, and so do we!” Treasury yields, in the meantime, jumped to fresh weekly highs, with the yield on the benchmark 10-year Treasury note, hitting 1.90%. News that both economies reached a deal in principle and awaits Trump’s signature further underpinned the pair.

During the upcoming Asian session, Japan will release the Q4 Tankan report. The Large Manufacturing Activity Index is seen at 2 from 5 previously, while the Non-Manufacturing Index is foreseen at 16 from 21.

The USD/JPY pair is trading above 109.30, having met short-term buyers around the 61.8% retracement of its latest decline, which favors an upward extension toward the 109.72 high set earlier this month. In the 4-hour chart, technical indicators are stabilizing near overbought readings, while the price has advanced firmly above all of its moving averages, skewing the risk to the upside.

Trump impeachment has to be the most irrelevant 'historic event' ever