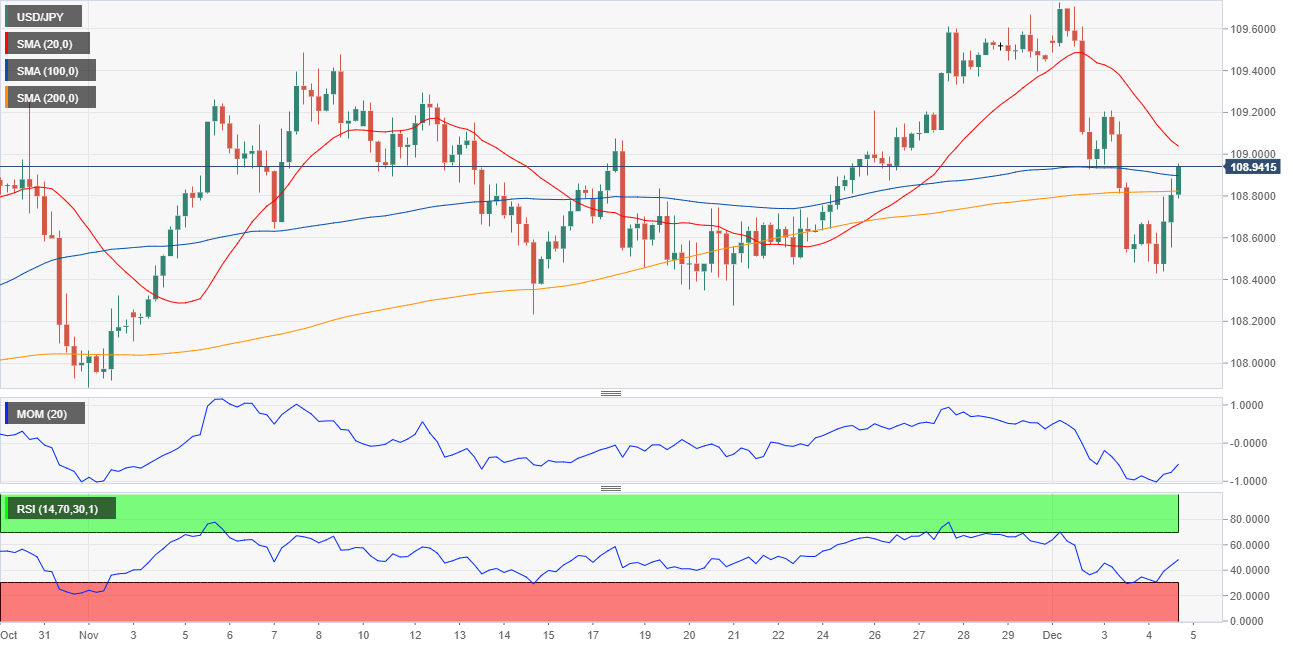 A modest improvement in the market’s mood helped the USD/JPY pair recover from 108.42, although the pair’s rally stalled ahead of the 109.00 figure, amid dismal US data. The ADP survey disappointed, as the private sector added just 67,000 new jobs in November, while services activity grew by less than anticipated in the same month. Nevertheless, European indexes managed to close in the green, amid headlines suggesting the US and China are discussing the amount of tariffs that would be reduced in the initial phase of a trade deal. Wall Street also ended with gains, although far from trimming its previous two-day losses. US Treasury yields bounced, with the yield on the benchmark 10-year Treasury note up to 1.79% from a daily low of 1.70%.

Japan released at the beginning of the day the Jibun Bank Services PMI for November, which improved by less than anticipated up to 50.3 from 49.7, anyway back in expansion territory. This Thursday, the Japanese macroeconomic calendar will be quite scarce, as it will only include a speech from BOJ’s Harada.

The USD/JPY pair is trading near its daily high ahead of Wall Street’s close around 108.90, with the advance still seen as corrective according to the 4 hours chart, as the pair is currently battling with a directionless 100 SMA, but below a firmly bearish 20 SMA. Technical indicators, in the meantime, recovered from oversold readings, with the RSI having lost upward strength currently at 47. The positive momentum needs to drive the pair beyond 109.30 for bears to give up.