Pakistan Not Blacklisted by FATF; Imran Khan Govt to Remain on Grey List For Now, Gets Time Till February 2020 to Crackdown on Terror 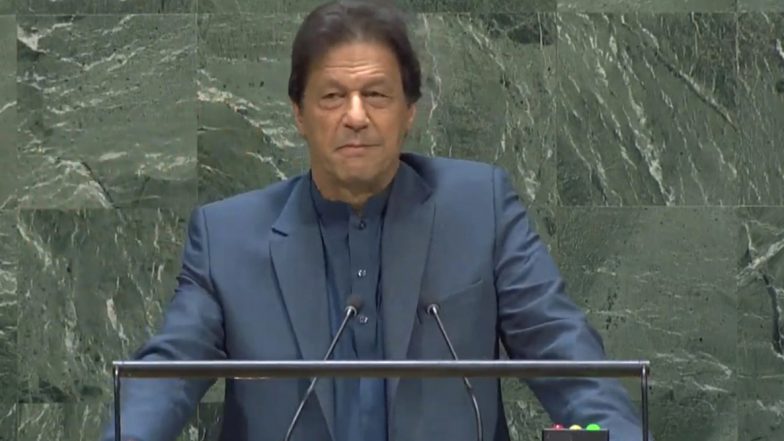 Islamabad, October 18: Pakistan on Friday managed to avert blacklisting by the Financial Action Task Force (FATF). The terror funding watchdog  maintained the status quo by keeping Pakistan in the Grey List until February 2020. The FATF also reportedly gave notice to global financial institutions that they need to prepare to red flag Islamabad and ready their systems for any eventuality in February 2020. The FATF also urged Pakistan to complete full action plan before completion of the deadline. What is ‘Dark Grey’ List of FATF? Know About Essential Stage Where Pakistan Faces Risk of Being Blacklisted.

The terror funding watchdog added that if Pakistan fails to take action against terrorists, it will ask members to advise their financial institutions to give special attention to business relations/transactions with Pakistan. According to sources, with the FATF’s decision chances of Pakistan exiting the Grey list are now reduced to nil. Today’s meeting was attended by representatives of 205 countries. Three votes are mandatory for any country to escape the blacklisting. Pakistan relied on China, Turkey and Malaysia to escape the blacklisting. Pakistan: Testing Time for Imran Khan as FATF Meets to Scrutinise Compliance Report.

India has accused Pakistan of supporting terrorists and failing take concrete action against Hafiz Saeed, Maulana Masood Azhar and other UN-designated terrorists. India also received the support of other members of the organisation. Pakistan was placed on the Grey list in June 2018 and gave the country 15 months to complete implementation of a 27-point action plan. If Pakistan remains in the Grey List, it would be difficult for the neighbouring country get any financial aid from the IMF, the World Bank and the European Union.

FATF is an inter-governmental body established in 1989 by the Ministers of its Member jurisdictions. The objectives of the FATF are to set standards and promote effective implementation of legal, regulatory and operational measures for combating money laundering, terrorist financing and other related threats to the integrity of the international financial system.