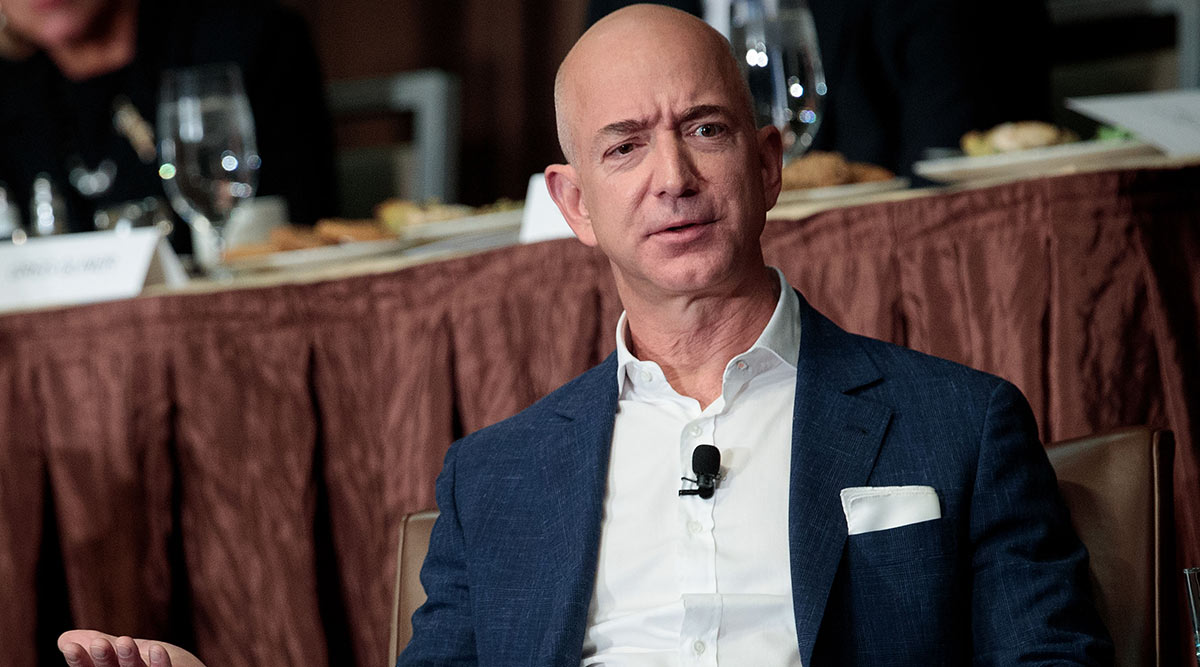 Washington, January 22: The Saudi embassy in Washington on Tuesday dismissed suggestions the kingdom hacked the phone of Washington Post owner Jeff Bezos, as media reports linked the security breach to a WhatsApp message from an account of Crown Prince Mohammed bin Salman.

“Recent media reports that suggest the Kingdom is behind a hacking of Mr Jeff Bezos’ phone are absurd,” the Saudi Arabian embassy said on its Twitter account.

“We call for an investigation on these claims so that we can have all the facts out.”

Late Tuesday, The Washington Post reported that a United Nations investigation will report on Wednesday that Bezos’s cell phone was hacked after he got the WhatsApp message from an account purportedly belonging to Prince Mohammed, the kingdom’s de facto ruler.

Soon after the message was sent, a massive amount of data was extracted from Bezos’s phone, the Post said investigators concluded.

The Guardian earlier reported that the encrypted message from the number used by Prince Mohammed is believed to have included a malicious file that infiltrated Bezos’s phone, according to a digital forensic analysis.

The two men were having a seemingly friendly WhatsApp exchange when the unsolicited file was sent, according to sources cited by The Guardian.

Bezos hired Gavin de Becker & Associates to find out how his intimate text messages and photos made their way into the hands of the National Enquirer, which reported on the Amazon chief’s extramarital affair, leading to his divorce.

“Our investigators and several experts concluded with high confidence that the Saudis had access to Bezos’ phone, and gained private information,” de Becker wrote on The Daily Beast website at the time.

But de Becker did not specify which part of the Saudi government he was blaming for the hack, and gave few details about the investigation that led him to the conclusion that the kingdom was responsible.

In December a Saudi court exhonerated Prince Mohammed’s top aides over the murder of Khashoggi, a verdict condemned globally as a travesty of justice but backed by Washington.

Both the CIA and United Nations special envoy Agnes Callamard have directly linked Prince Mohammed to the killing, a charge the kingdom vehemently denies.

Previous BTS, K-pop juggernaut, coming to Toronto’s Rogers Centre on May 30 and 31
Next Netflix had slower subscriber growth thanks to rival services