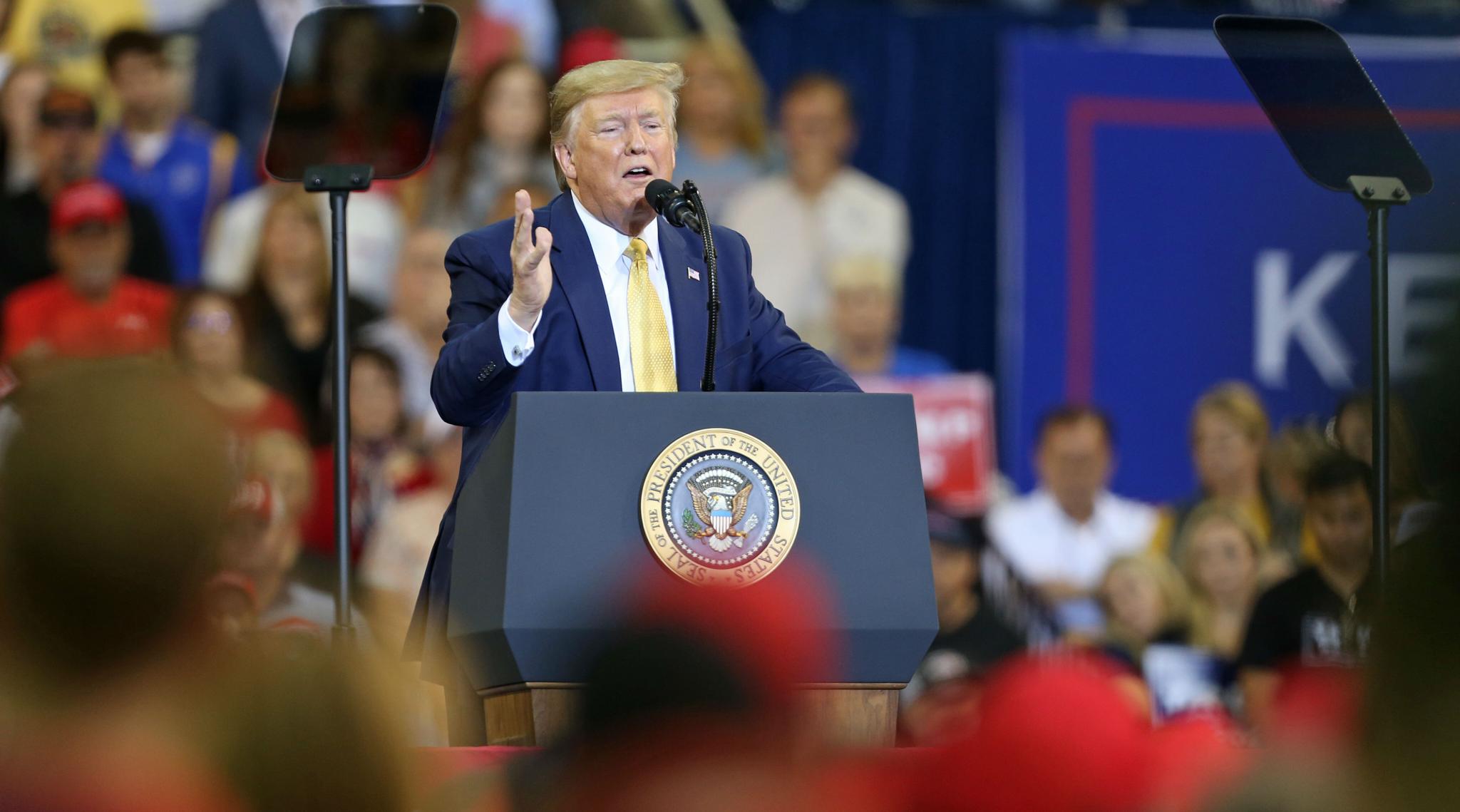 Washington, December 8: US President Donald Trump has said that Israel never had a better friend in the White House as he boasted of an “incredible” partnership between the two countries “essential for a safer and fairer world”. Speaking during the Israeli-American Council National Summit held at the Diplomat Beach Resort Hollywood, Florida, Trump on Saturday stressed that his government would confront the “poison” of anti-Semitism with all the means at its disposal, reports Efe news.

“The Jewish state has never had a better friend in the White House than your President, Donald J. Trump,” he told the crowd that cheered him with loud chants of “four more years” in support of his re-election in 2020. The president reminded the audience how he had delivered on his promise and moved the American embassy in Israel from Tel Aviv to Jerusalem. Israel Announces Golan Heights Settlement in Donald Trump’s Honour.

“You’ve got a beautiful embassy, it’s in Jerusalem and you have something you have always wanted,” he said. He lashed out at former US presidents and, in particular, tore into Barack Obama, for not keeping their promises made to Israel. Trump said he didn’t believe Obama when he said he “loved Israel very much,” because his predecessor “underestimated and abandoned” the alliance between the two countries.

He mentioned how his administration recognized Israel’s sovereignty over the Golan Heights, claimed by Syria, and put an end to America’s 1975 policy that considered settlements of Israeli civilians in the West Bank a violation of international law. Trump said withdrawing from the “catastrophic” nuclear pact signed by the Obama administration with a “terrible dictatorship” in Iran was also indicative of America’s great partnership with Israel.

Trump arrived at the Fort Lauderdale-Hollywood airport on Saturday to participate in a fundraising dinner of the Republican party of Florida and deliver his speech at the annual summit of the American-Israeli Council (AIC), a non-partisan group. Vice President Mike Pence was the keynote speaker in the 2018 edition of the conference that is attended by over 3,000 people, including leaders, influencers and activists, from Israel, the United States and the rest of the world, according to its website.