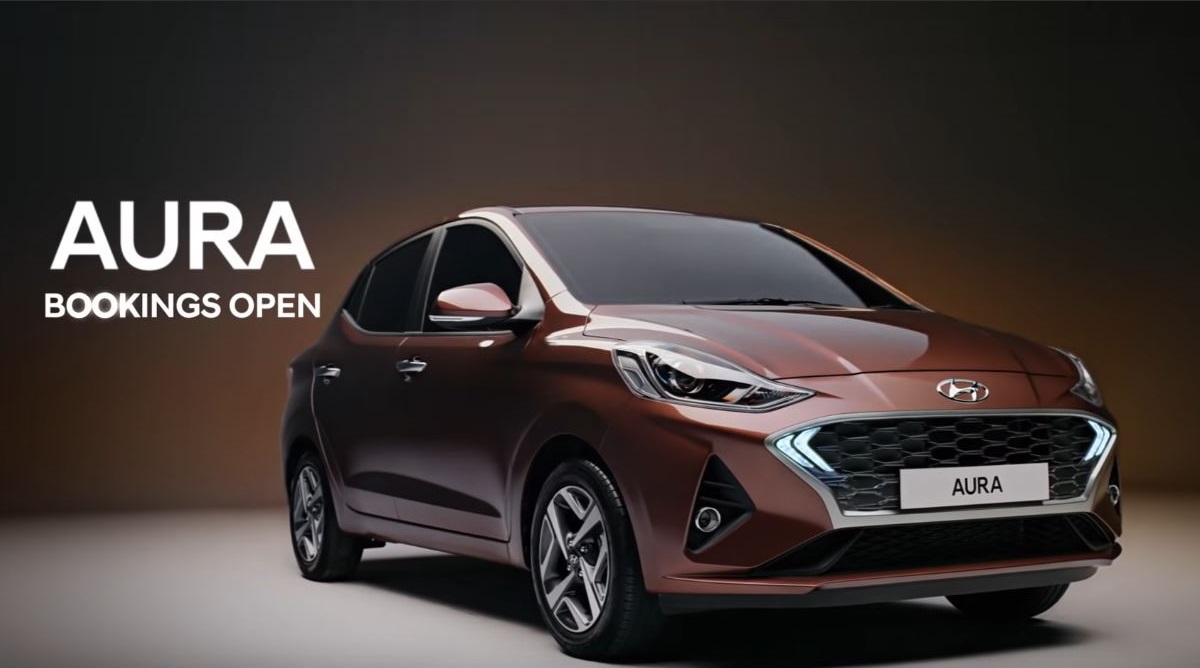 With an aim to rule the compact sedan space, Hyundai India will be launching the new sub-compact sedan today in India. To be called as Hyundai Aura, the sedan will serve as a replacement to Hyundai Xcent that will still find a space in carmaker’s fleet range. The company has already started the bookings for the much-awaited Hyundai Aura 2020 sedan. The South Korean auto maker will be officially announcing the prices for the new 2020 Hyundai Aura at an event in New Delhi. The company will be broadcasting the launch event of Aura compact sedan, which is scheduled to begin at 12 pm IST. The interested fans can watch the live streaming of Hyundai Aura at company’s official YouTube channel and social media accounts. You can watch live streaming here. Hyundai Aura 2020 Launching Tomorrow in India; Launch Date, Prices, Features, Interior & Specifications.

On the exterior front, the Aura sedan will get an attractive look with features such as projector headlamps, twin boomerang DRLs, Z-shaped LED taillamps, 15-inch diamond-cut alloy wheels, shark fin antenna and much more. Dimension-wise, the new Hyundai Aura will be wider than the outgoing model. It measures 3995mm in length, 1680mm in width and 1520mm in height. However, the wheelbase stands at 2450mm. Moreover, the bootspace of Aura is 402-litres. The new Maruti Suzuki Dzire rival will get six colour options – Fiery Red, Polar White, Typhoon Silver, Titan Grey, Alpha Blue and Vintage Brown.

The new compact sedan from Hyundai will be offered in eight trims for petrol and four diesel variants. Mechanically, the new Aura 2020 sedan will be offered in three BS6 compliant engines – two petrol units and a single diesel option. The two petrol engines will be a 1.2-litre MPI unit and 1.0-litre Turbo GDi engine that will make 83PS/114Nm and 100PS/172Nm respectively. The 1.2-litre Ecotorq diesel, on the other hand, will make 75PS and 190Nm of power figures. The transmission duties will be carried out by 5-speed manual gearbox as standard along with optional 5-speed AMT.

Get ready to witness the arrival of the All New #HyundaiAURA. Watch the launch LIVE on our Twitter channel on 21st January from 12:00 PM onwards. pic.twitter.com/P8PoeVHLy0

Once launched, the sedan will compete against the likes of Maruti Suzuki Dzire, Honda Amaze, Volkswagen Ameo, Tata Tigor and others in the segment. Lastly, the company will be looking to keep the prices competitive that will be revealed at the launch event. However, we speculate that the sedan will be priced in the range of Rs 5.5 lakh to Rs 8.5 lakh (ex-showroom).