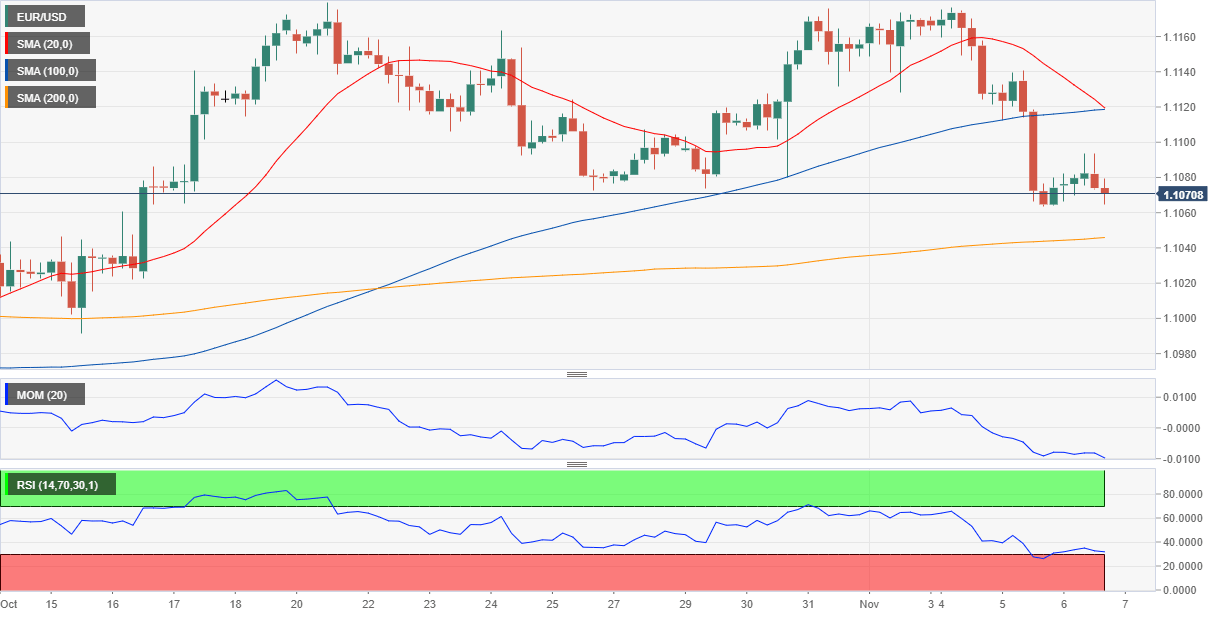 The EUR/USD pair is heading into the Asian session trading unchanged daily basis, retreating from an intraday high of 1.1092. Volatility was quite limited across the board, as investors remain optimistic about progress in the US-China trade relationship, although speculative interest is waiting for some confirmation about tariffs removal before rushing further into high-yielding assets. Mid-US afternoon, news agencies reported that the trade arrangement between the two economies could be delayed to December, sending Wall Street into the red and boosting safe-haven assets.

European data released at the beginning of the day beat expectations, as German September Factory Orders beat the market’s expectations, rising by 1.3% MoM and falling by 5.4% YoY. Meanwhile, the final versions for the October Markit Services PMI came in better than anticipated, up to 51.6 for Germany and to 52.2 for the whole Union. In the EU, the Markit Composite PMI improved to 50.6 from the previous month’s 50.1, but still signalling the weakest rate of growth in the past six years. US employment-related data came in mixed, as Q3 Nonfarm Productivity missed expectations, down by 0.2% while Unit Labor Costs for the same quarter were sharply up, to 3.6% from 2.4%.

This Thursday, Germany will release September Industrial Production, while the US macroeconomic calendar will include weekly unemployment figures and September Credit Change.

The EUR/USD pair is trading a handful of pips above its weekly low of 1.1063, hovering around the 38.2% retracement of its October rally. In the 4 hours chart, the pair has spent the day below its 20 and 100 SMA both just above the 23.6% retracement of the mentioned decline and with the shortest accelerating south. Technical indicators in the mentioned chart have resumed their declines after correcting higher, now consolidating near oversold territory and supporting additional slides, particularly if the pair breaks below 1.1060.

Single or ‘self-partnered’? However you say it, Emma Watson has a right to just be herself

Single or ‘self-partnered’? However you say it, Emma Watson has a right to just be herself