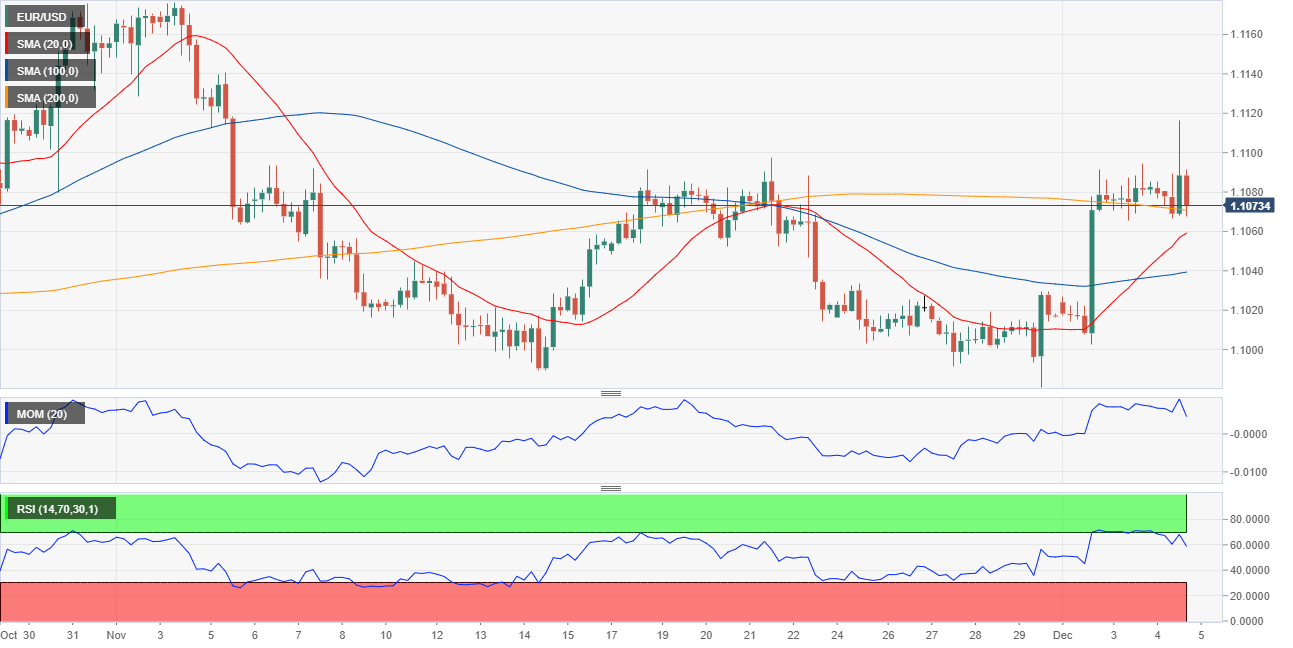 The EUR/USD pair has extended its advance beyond the 1.1100 figure, as uncertainty surrounding the US-China trade relationship and dismal American data weighed on the greenback. The pair hit 1.1115 as the US ADP employment survey showed that the private sector added just 67K new jobs in November against the 140K expected. Furthermore, the ISM Non-Manufacturing PMI for the same month missed the market’s expectations, falling to 53.9. The employment sub-component, however, was upbeat, partially offsetting the negative headlines.

Earlier in the day, Markit released the final versions of the Services PMI and Composite PMI for the Union, with services output revised marginally higher in Germany and the EU. The market’s sentiment improved just modestly on reports indicating that the US and China are moving closer to agreeing on the amount of tariffs that would be rolled back in a phase-one trade deal, although the enthusiasm was limited amid the lack of detail.

Thursday will bring a packed macroeconomic calendar, as Germany will release October Factory Orders, while the EU will publish Retail Sales for the same month and a revision of the Q3 Gross Domestic Product estimate, this last seen at 0.2%. The US will release weekly unemployment claims and November Challenger Job Cuts, relevant ahead of the Nonfarm Payroll Report to be out next Friday.

The EUR/USD pair has retreated from the mentioned high to currently hover around the 1.1070 level, barely up for a second consecutive day. The pair retains a bullish potential in the short-term, as it held above 1.1065, the 38.2% retracement of its October rally, after bottoming around the 61.8% retracement of the same advance last week. In the 4-hour chart, the pair is still holding above all of its moving averages, with the 20 SMA advancing steadily above the 100 SMA, as technical indicators ease from overbought readings but remain far from suggesting an upcoming decline. The pair was unable to sustain gains beyond the 23.6% retracement of the mentioned rally at 1.1110, which means that it would need to move past 1.1120 to confirm additional gains ahead.