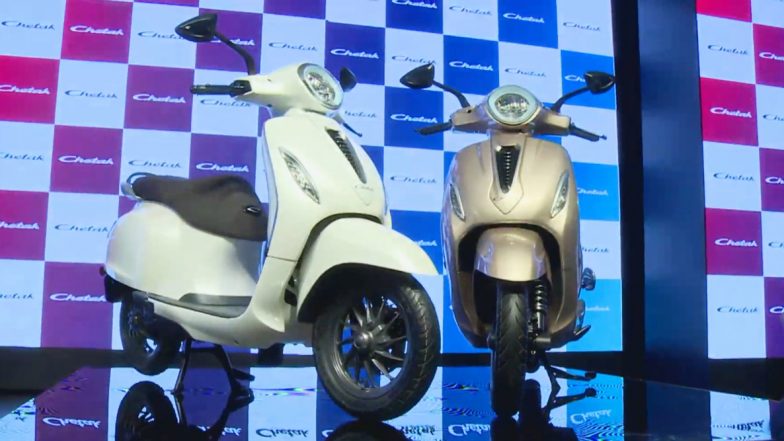 The production of Chetak electric scooter commenced on September 25 2019, at Bajaj’s facility in Chakan. There have been several speculations and rumours surrounding the name of the electric scooter.  Bajaj has finally cleared all the rumours by revealing the Chetak Electric scooter. Moreover, Bajaj Chetak is also their first product in the two-wheeler EV space.

With the new Chetak e-scooter, Bajaj has finally marked its re-entry into the scooter segment almost after two decades. We already know that the iconic Chetak scooter still has a robust brand connection in the country. And, this is why Bajaj decided to go with the Chetak for its comeback.

On several occasions, we have seen the electric scooter doing rounds in the country in the form of the test mule. The scooter sports a retro design with a circular-shaped headlamp, single-side suspension set-up and alloy wheels. The new Bajaj Chetak e-scooter will lock horns with the likes of Hero Electric, Ampere Electric Vehicles, Twenty Two Motors, Ather Energy and others.

Nitin Gadkari, Union Minister for Road, Transport and Highways, said: “I am confident that this product will get lots of success in both domestic and international markets.”