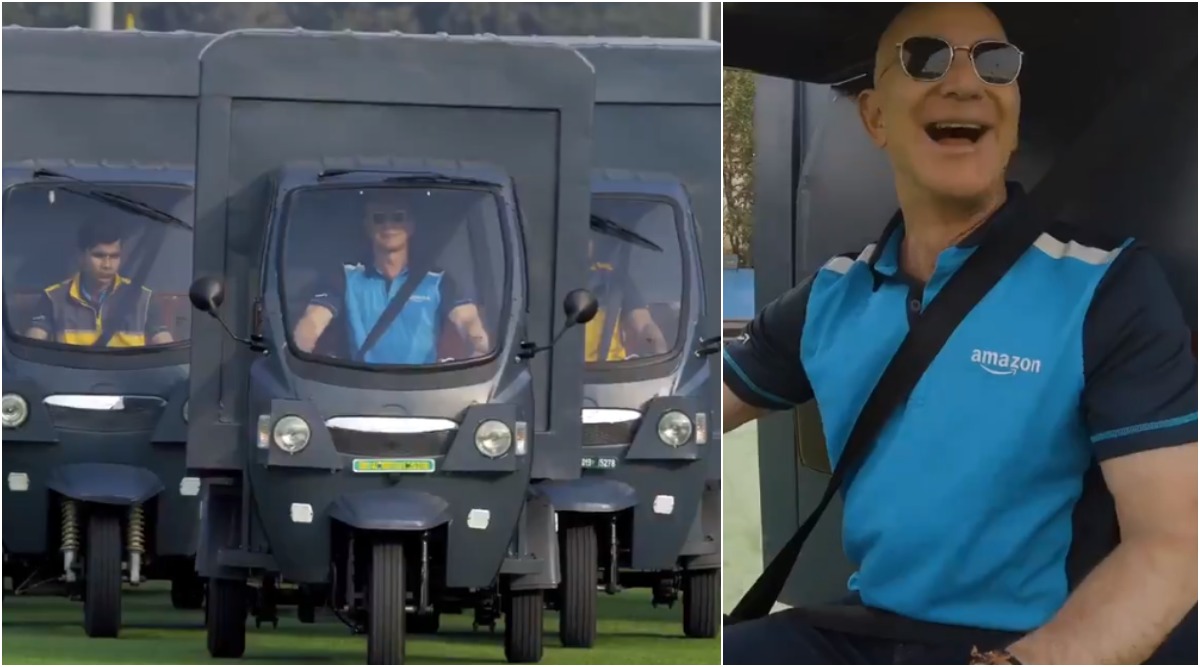 Amazon CEO Jeff Bezos on Monday said that they are rolling out electric rickshaws in India. Their goal is to have 10,000 such vehicles on the roads by 2025 in an effort to tackle climate change. Jeff made the announced on Twitter by sharing a video in which he is seen riding an electric rickshaw along with others. The vehicles will be used by the company for order deliveries. He took to Twitter, “Hey, India. We’re rolling out our new fleet of electric delivery rickshaws. Fully electric. Zero carbon. #ClimatePledge”

Jeff who is on a visit to India to meet Prime Minister Narendra Modi other than industry leaders and officials said that his company will invest USD 1 billion in digitising small and medium businesses in India. The company will use its global footprint to export USD 10 billion worth of Make In India goods by 2025. He also stated that the India-US alliance will be the most important in the 21st century.

Jeff is visiting India at a time the online company is facing anti-trust investigation and protests from small traders across the country. The Confederation of All India Traders (CAIT) has always been against online retailers Amazon and Walmart-controlled Flipkart, accusing them of big discounts and thus affecting India’s foreign investment rules. Last week, Jeff delivered a package to kirana store to expand e-commerce business.

He had tweeted saying, “In a post on social media, Bezos said, “Amazon partners with thousands of kirana stores all over India as delivery points. It’s good for customers, and it helps the shop owners earn additional income. Got to visit one in Mumbai. Thank you, Amol, for letting me deliver a package.” Jeff Bezos Celebrates Makar Sankranti by Flying Kite With Children in India (Watch Video)

However, Jeff does not seem to have received the right response from the government. Minister of Commerce and Industry Piyush Goyal during a panel discussion at the Raisina Dialogue said, “Amazon is not doing India ‘a great favour’ by investing $1 billion in the country. They may have put in a billion dollars, but then, if they make a loss of a billion dollars every year, then they jolly well have to finance that billion dollars. So, it’s not as if they are doing a great favour to India when they invest a billion dollars.”