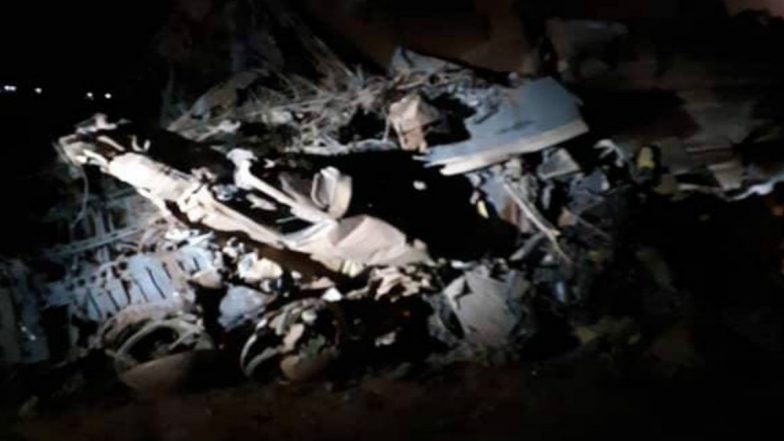 Kabul, October 15: At least seven Afghan military personnel were killed when the helicopter they were travelling in crashed in the northern Afghanistan province of Balkh on Tuesday, officials said.

According to the Afghan defence ministry, the MI-17 Afghan air force chopper crashed due to “technical faults”.

“All the seven crew members including four pilots were martyred in the incident,” the ministry said in a statement. Greece: Three Killed in Helicopter Crash Near Island of Poros.

The helicopter had been on its way to a training mission, travelling from an army base near the provincial capital Mazar-i-Sharif when it crash landed on the outskirts of the city, officials said.

Afghanistan has a small air force equipped with fixed-wing planes and helicopters, including aircraft acquired from the United States, the Czech Republic, India and elsewhere.